Martin Sorrell, chief executive of WPP WPPGY +0.44%, said at a Broadcasting Press Guild breakfast on Wednesday that clients and agencies may want to rethink the shift of ad dollars into online media at the expense of traditional outlets, The Times of London reported. Mr. Sorrell said that print media may be more powerful than people think. 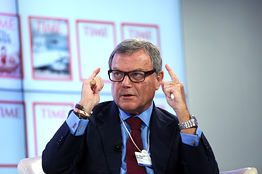 “There is an argument at the moment going on about the effectiveness of newspapers and magazines, even in their traditional form, and maybe they are more effective than people give them credit [for],” Mr. Sorrell said, as reported by The Times.

According to The Times, Mr. Sorrell said recent research has found that traditional media can be more engaging and readers are likely to better retain information in print magazines and newspapers than with online and mobile content. Mr. Sorrell said advertisers in the future should look more at measuring engagement rather than time spent by a consumer.